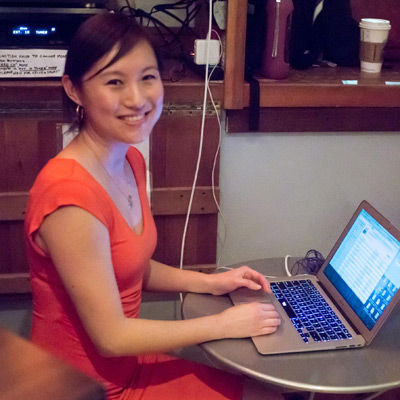 Photo by Don An

Amy started tango as a student with the UCLA tango club and the Oxygen Tango school in Los Angeles. After dancing for several years, she began DJing as a way to broaden her study of tango. She finds tango music endlessly fascinating and enjoys studying its depths and variety. Amy is a thoughtful and attentive DJ. She understands that good music is essential for having a memorable evening of dancing. Her music responds to the energy of the milonga and inspires expressive and deeply connected dance experiences. Amy DJs regularly at local events in her hometown as well as at festival and marathons across the United States. 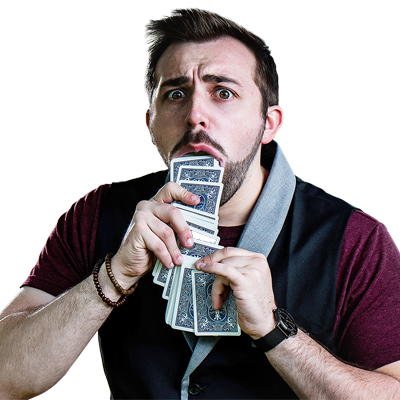 Chris Michael has taken the country by storm! In the last 2 years he has done 2 national tours, worked with Americas Got Talent as a consultant and taught some of this generation's most successful magicians. He is currently the performer of choice for the Washington Redskins, Coast Guard, US Army, and even the FBI. Currently, Chris is the star of a new show called Beyond the Magic and works with 4 national TV shows. He loves what he does it will surely show when you see him perform!
chrismikemagic.com 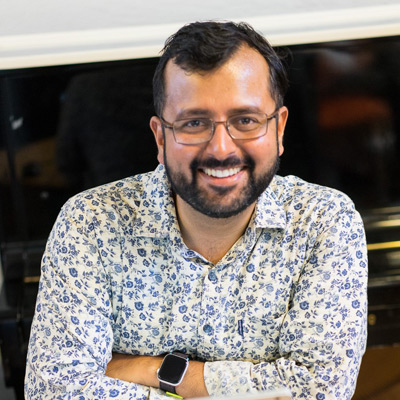 Dhruv discovered tango at Purdue University and soon after moved to Portland where he became part of a thriving community. Now a resident of the Bay Area, the spontaneity and nostalgia that first drew him to tango keeps taking him across the country for various festivals and marathons. He enjoys the entire richness of the range that tango has to offer values the many flavors tango dancers bring from across the worlds. As a DJ, he believes that a great experience on the dance floor simply originates from a burning desire to dance. He particularly enjoys dancing in the Washington DC community and is looking forward to bring a festive mix to Holiday Tango! 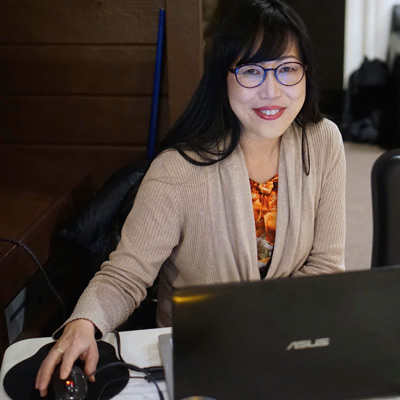 Jae is the founder of Tango Utopia in the greater Raleigh/Durham area. She is recognized as one of the premier teachers, dancers and DJ's as well as the organizer of the monthly Milonga Utopia and the weekly practicas. As a DJ, Jae loves the challenge of keeping dancers on the floor to the very last tanda. Her sensitivity to the energy of a milonga influences her music selection. Her music library is focused on the traditional masters and this is also reflected in her musical choices. She has been invited to DJ at festivals, milongas, marathons and encuentro milongueros in Chicago, Atlanta, Augusta, Newport News, Charlotte, Columbia, Charleston, Knoxville, Santa Fe, & Phoenix. She made her first international debut at the Ohibo Milonga in Milan, Italy. 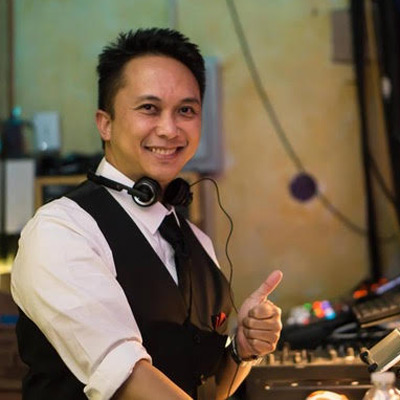 Photo by Don An

Jonas has DJ'd all around the US and beyond, in particular highlighting at the Taiwan Tango Marathon, San Diego Tango and Austin Spring Tango Festivals, and the Southern California Tango Championship, with repeat invitations to DJ at these and many wonderful milongas in his travels. He DJs regularly in his beloved tango home of the San Francisco Bay Area, where he also teaches and organizes tango events. He strives to play music with an always intentional flow of emotions and energy that you are sure to enjoy! 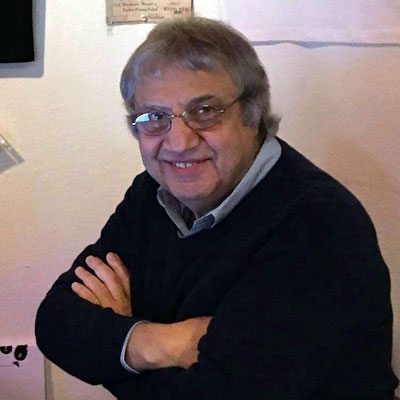 Manuk is an aficionado of Argentine Tango. He dances, collects its music and DJ's for more than 15 years. With his large collection of recordings, Manuk believes that there is plenty of great music to be offered to the dancers and always tries to play a few of the lesser heard recordings when he DJ's. Manuk DJs mostly in the US, The East Coast and in his native Istanbul during his visits. He has appeared in many festivals, milongas and celebrations. In "non-tango" hours Manuk works as a chemical engineer. He lives in Philadelphia with his family. 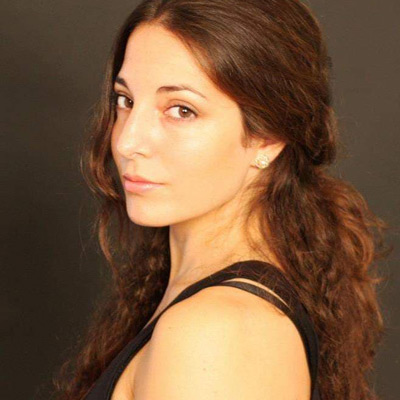 Starting as a dancer and then as a teacher, Melina began to explore DJ'ing over 5 years ago. Playing at first in the local milongas of Montreal (Montango, Las Piernas, TSC, milonga Cariñito, la milonguita del Barrio) her home base, she slowly introduced herself on the international stage as she travelled to teach. She has since DJ'ed in San Francisco, Atlanta, DC Washington, New York, Ann Arbor, North Carolina, Virginia, the Netherlands and France for festivals, marathons and local milongas. Recognized for dancing both roles in Tango, Melina's understanding and sensitivity to the need of the dancers and the ronda, keeping a good energy on the floor, are the foundations of her music choices. 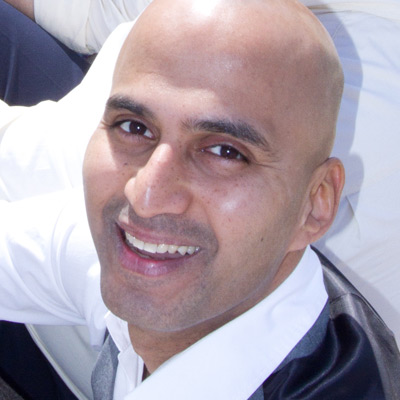 Ramu took his first tango lesson on April 27th, 2000 in Buenos Aires and was hooked instantly. To share that passion with his friends and colleagues, he started Michigan Argentine Tango Club at the University of Michigan in Ann Arbor. Ramu has since danced, DJ’d and taught all over the US and Canada. His teaching and dancing are characterized by a keen musical interpretation, infectious enthusiasm and a deep love of the music. He is one of the most knowledgeable and sought after tango DJ's in the US and has been a featured DJ at most tango festivals in the US. Currently, he lives in Washington DC where he is the host, DJ and resident teacher at Milonga Zandunga, one of DC's popular milongas. 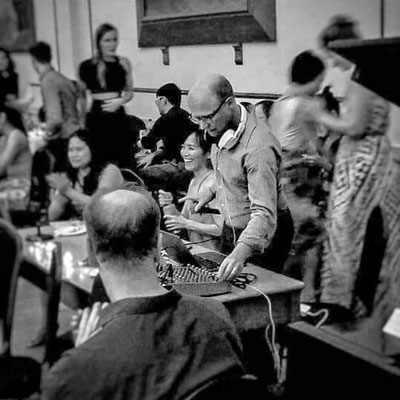 When Robin came back from his first trip to Buenos Aires 16 years ago, he realized that if he wanted to continue to dance tango every night, he would have to find a way to attend milongas for free. At the time, the concept of a tango DJ didn't exist. Organizers would put on a CD, and often it would repeat to span the length of the milonga. Robin wanted to play music as he had heard it in Buenos Aires: in tandas of tango, vals, and milonga with cortinas in between. He began to DJ doing exactly that, despite being told not to play cortinas as people would dance to them. Initially some people did dance to the cortinas, but Robin persisted until this format became the standard. Over the next 10 years, he was invited to DJ in D.C., L.A., Denver, Portland, Miami, and some of the biggest festivals in North America, as well as, Edinburgh, Amsterdam, Berlin, Seoul, Shanghai and Buenos Aires. Robin currently runs Nocturne in NYC, one of the largest monthly milongas in the US, and until recently the legendary RoKo, which was the largest weekly milonga in the US. 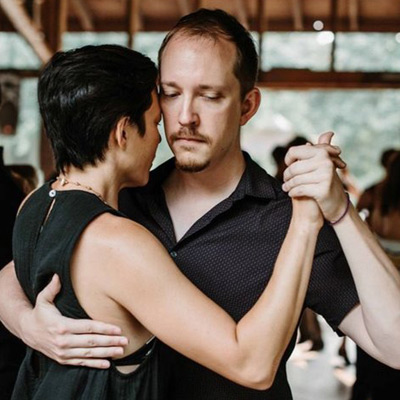 Tommy has a passion for traditional tango music and DJing, and he believes understanding the mind of the social dancer is the key to great DJing. To educate and motivate beginning DJs, progressing DJs, and those interested in tango music, he offers semi-regular DJ workshops. Festivals he has DJ'd at include Montana's Tango Uprising, Salt Lake City Tango Festival, Mountain Milonga, CONNECT, Tango on the Rocks, and Washington DC’s Holiday Tango. 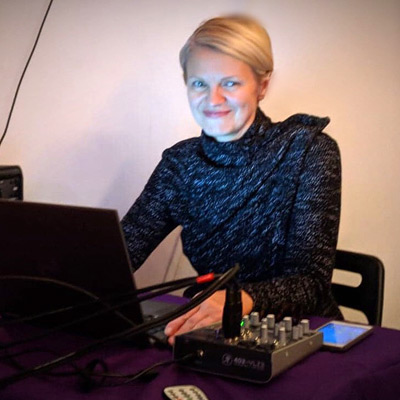 Yelena believes that in our fast-paced and high-tech culture tango provides a retreat for anyone in search of deeper connection—regardless of their age, walk of life, or language spoken. Tango found her in 2001. Ever since, she has been actively involved in cultivating her home tango community in Ann Arbor. As a renowned dancer, teacher and DJ, Yelena strives to inspire a deeper tango experience through emotional connection with the music.